Migrating from Websphere Edge Component can be done as a parallel migration where Datapower Application Optimization feature are configured for testing to take over load balancing to back-end WAS environments.

If you currently have Websphere Edge Component installed as your load balance to WAS create a new (dummy) VIP to configure Websphere Datapower AO feature. The architecture will look like the following:

Run the following commands in the order to stop the Load Balancer.

To uninstall the entire product, enter the following command: 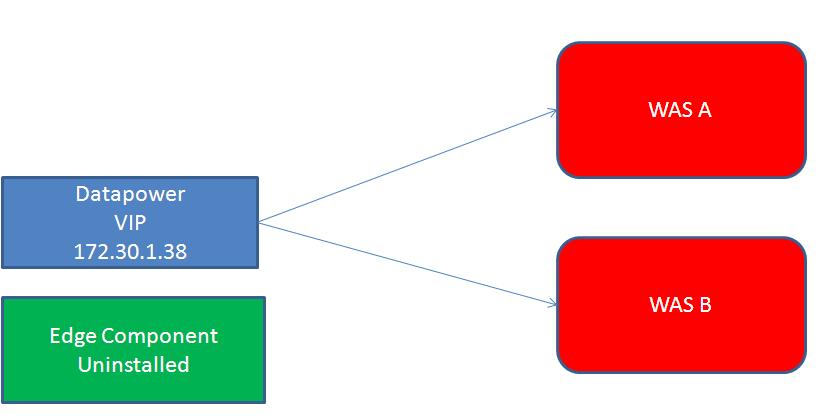